Sir Alex Ferguson, Graeme Souness and Steven Gerrard have been leading the tributes to former Rangers and Scotland manager Walter Smith, who has died aged 73.

Smith briefly worked under Ferguson with Scotland and Manchester United and rejected the chance to do so on a more lasting basis when then Aberdeen manager Ferguson considered an offer from Arsenal in 1986.

The two friends both achieved huge success on their own – Smith ultimately won 10 titles with Rangers – before teaming up again at Old Trafford in 2004, where they won the FA Cup together.

Former Manchester United boss Ferguson declared himself “absolutely devastated” at the loss of his “great friend” and added on United’s website: “In all that time you were dealing with a man with great moral compass in how he lived his life and the friendship he offered so many people.

“His contribution to football with Dundee United, Rangers, Scotland, Everton and Man United was immense.

“He was only at United a short time. But he was fantastic. He listened and showed an interest in people and helped everyone he could.”

It added: “Even in the proud history of Glasgow Rangers, Walter Smith stands out as a colossus. He will never be forgotten.

“Walter had a profound effect on both of our lives – certainly as a manager and a leader and a wise and trusted adviser but always as a close and treasured friend. He made time for so many people.

“Both of us had spoken to him privately over the past few weeks. The topic rarely strayed from football.”

Although Smith retired in 2011 his influence continued – particularly at Ibrox and with current Rangers boss Steven Gerrard, who fought back tears as he declared his mentor had “made me a better person”. 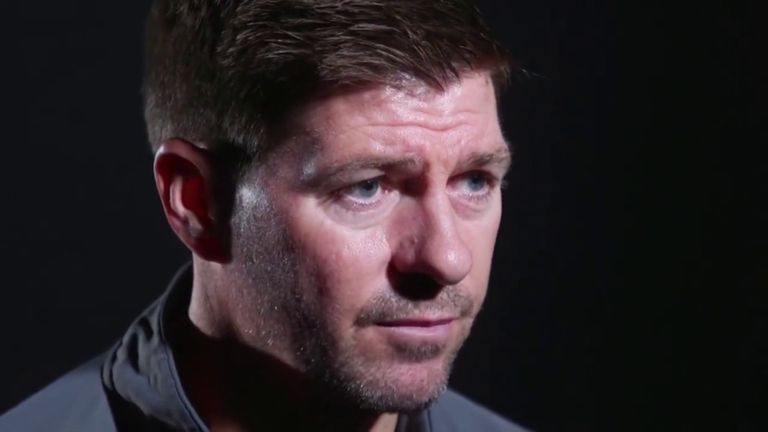 Speaking to Rangers TV, Gerrard said: “Walter was an incredible leader, a very successful manager here at Rangers and he epitomised everything this club stands for. His DNA is all over the club and it’s obviously very sad news.

“He has been right behind me since day one. We had many lunches and dinners and coffees and chats and private time with him in my office. He is obviously going to be a very big loss and a miss to a lot of people.

“He is decorated all over the club and he will be forever because he gave many, many years to this football club.

“He loved the club, he was honest, he was genuine. And he has made me a better person. I have got nothing but good words to say.” 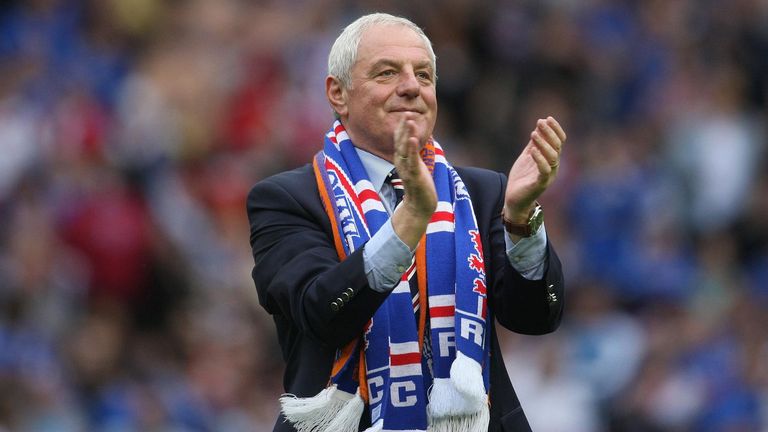 LMA chief executive Richard Bevan says Walter Smith always had a special manner about him and describes him as one of the greatest Scottish coaches ever.

Smith was also pro-active with the League Managers Association until his death with Manchester City manager Pep Guardiola speaking about being “very fortunate” to get to know him.

“Through his role as technical consultant for the LMA, I have had the opportunity over the past five years to get to know him and see what a humble, insightful and very genuine man he was,” Guardiola said.

“I always enjoyed spending time with Walter (Smith) and we had been planning to have dinner together again.”

West Ham boss David Moyes, who succeeded Smith at Everton, added: “I looked up to Walter with so much respect. He was such a great Scottish manager but, to me, he was an even better man.

“He was honourable, he showed great dignity, and always demonstrated such class. He was a true friend and mentor, and a man I feel privileged to have known.” 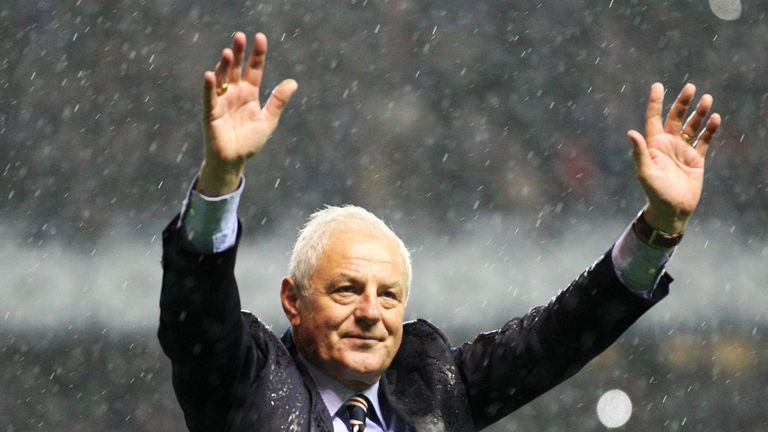 Walter Smith has a ‘special resonance’ with Rangers fans as ‘one of the iconic figures’ of the club, Mark Benstead reports, following the death of the former Rangers, Everton and Scotland manager at the age of 73

Ally McCoist, who played under Smith for 12 years and then served as his assistant with Scotland and Rangers, told talkSPORT: “He was everything to a lot of folk, myself included.

“He was my boss, my coach, he was my second father and then he turned into one of my best friends, to be honest. The loss is absolutely incredible.”

“I really looked up to Walter, he gave me something to smile again with football and he supported me like a father figure whilst at Rangers. I will miss our frequent telephone chats. I am thinking about Walter’s family at this sad time.”

Smith’s loss was also felt at Everton, where he served as manager for nearly four years from 1998.

Marina and my heartfelt sympathies are with Walter’s wife Ethel & his boys. Though we were on opposing sides on the pitch, he was a real footballing friend off of it. He was respected by all and one of the few able to transcend rivalries. Today we have lost a truly great man. RIP

Everton chairman Bill Kenwright told his club’s website: “He was one of the very best people I was lucky enough to meet in my lifetime in football.

“A man of loyalty, integrity and great talent. Strong when he needed to be but with a mischievous sense of humour that could ease even the most tense situations.

“Walter and I shared a lot together during the takeover years but among many, many examples of real friendship, one will always stick out.

“We had just… tearfully… agreed his farewell to Goodison, when he slapped his hands together and said ‘OK Bill, who are we going to get to manage this great club of ours?’