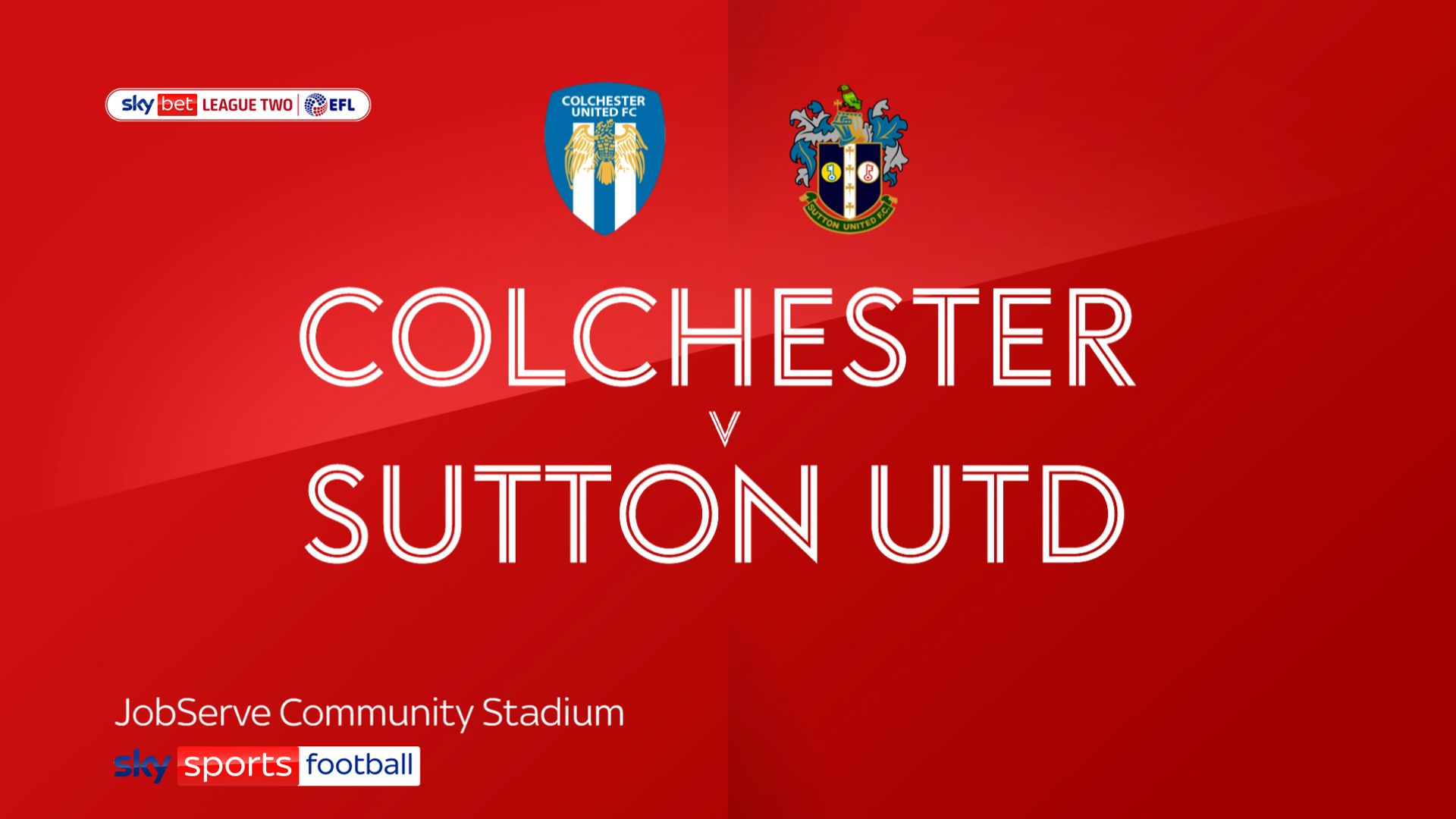 Sutton moved up to sixth in League Two with a deserved 3-1 win at 10-man Colchester.

Colchester took a second-minute lead through Freddie Sears, who controlled Charlie Daniels’ cross in the area before firing home a low shot.

Things took a real turn for the worse for Colchester when they fell behind and went down to 10 men.

Isaac Olaofe prodded the ball towards goal after goalkeeper Shamal George had dropped a corner and Samson Tovide was adjudged to have deliberately handled on the goal-line and sent off by referee Bobby Madley, with Milsom converting the resultant penalty.

But the visitors wrapped up victory in the 61st minute through Ben Goodliffe, whose glancing header from Milsom’s free-kick into the area flew in.