There is a “musical” doing the rounds on the internet about Asikland (Our – sick – Land). I hope as many of you, my dear readers, as possible, get to see it () before it is invariably pulled down and moved to oblivion. Many of you must be familiar (I sincerely hope) with the episodes that preceded this two-hour musical. The talent of the people involved leaves one gasping, for had they lived in a more prosperous country they would have taken their place among the Andrew Lloyd Webbers of this world, or maybe just a rank or two lower! True the tunes are “borrowed” from more famous artistes such as Queen and Elton John and some of them have been used in well- 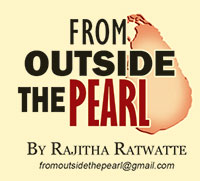 known plays and musicals and even movies such as Lion King (ironic!), but the lyrics have been changed and adapted so wonderfully. The parody on the names of the characters is reminiscent of the subtle wit of Goscinny and Uderzo of Asterix fame. The storyline is a clear satire on life in the Pearl, politicians, their “catchers” and supposedly intellectual and “literate” conversation of the cocktail circuit. So much so that it is reminiscent of the Antics of Evita and Peron in that world-famous work of Lloyd Webber. Che Guevara or his incompetent representatives in the Pearl are parodied to perfection. So is the inept Opposition and its past and present leaders. There is an authentic insight into the workings of the “ruling family” with nicknames and behavioural characteristics that smack of input from an insider. Even the voices and the inferences of the very accents characters have been dealt with carefully and very insightfully. There is a piano solo by the one term President from Polonnaruwa that leaves on clutching the sides of one’s chair in hysterical mirth. All in all, it is a panacea for the ills faced by us lovers of the Pearl and people who remember better days when honour and genteel behaviour was taken for granted and indeed even expected of leaders of society.

Certainly, the talent of the people involved in this production are on a par, if not far excessive of, those of a young female singer who is being touted on the internet and in the general media at present. Does one dare say it (and I know there are others who agree with me) but such an artiste is literarily a dime a dozen in the Pearl. It seems big names, powerful family connections and of course the blind sheep following of internet posts and Instagram that has gained such “popularity” for a song thin on lyrics to say the least! What of other far superior popular artistes (Annesley, Clarence, Sunil, Desmond – just to name four with much more meaningful and relevant lyrics) the three sisters to venture into the realm of the fair sex and the classical talent of Nanda Malini and maestro Amaradeva? The Asikland musical deserves to go viral, much more so than the aforesaid efforts of a young female singer.

I hear the Pearl is reopening for business as usual. Provided the immunisation levels are adequate this seems to be the way the rest of the world is going. Antivaxxers are still creating headlines and doubt and uncertainty but the thinking seems to be that they are the minority and if they choose to gamble with their health the option is theirs. However, even in liberal democracies like Aotearoa – New Zealand, rules such as employers having the option to discontinue employment if people are not vaccinated are being introduced. A “vaccine passport” both in the form of a card (already available) and a digital document to be stored on a mobile phone or other electronic device will follow. Howls of protest on violations of privacy and government tracking of movements of individuals are undoubtedly on the way.

Talking of inevitability and things on the way, the North-East Monsoon is on the way folks and judging by its impact on countries to the north and east of us geographically, the affects could be catastrophic. Are we prepared for such an eventuality? Here is Aotearoa – NZ the Red Cross conducts “disaster preparedness” exercises in neighbourhoods and among community groups. People are told to have their important documents, first aid kits, battery powered torches and radios in special waterproof bags ready to “grab and go” in an emergency. Local places of refuge for example higher ground in the case of a Tsunami or flooding are pointed out and general action is taken to minimise the trauma of possible natural disasters. Above all people, are educated as to the benefits and the synergy generated by a community of a local neighbourhood working as one during a disaster. The combined strength of pooled resources and the importance of having a “disaster buddy” (someone from another area to check on how you are doing and inform the authorities should you be incommunicado) is emphasised. In fact, there is even a “disaster preparedness week” declared by the Red Cross every year, when such activities and intensified. The Pearl has a Red Cross society doesn’t it? I recall a multi-story building on Dharmapala Mawatha near the public library. I wonder what the worthies inhabiting that building do? I know there are individuals who have been trained at Government expense (past governments) who are currently sitting on their hands due to political differences! What’s more the soothsayers are predicting natural disasters, will even this not move the so-called government who have been elected to safeguard the people, into action?