England manager Gareth Southgate called on the next generation of Crystal
Palace youngsters to make the most of the club’s redeveloped academy and urged them to draw belief from his own journey.

The 51-year-old returned to his boyhood side on Thursday to officially open their academy base in Copers Cope Road which has been transformed over the last 18 months following a £20m investment.

Southgate, who came through the Palace academy and went on to captain the side to First Division title success in 1994, cut the ribbon to open a site which will house more than 220 players and hosts six full-size pitches plus various classrooms.

“Without Crystal Palace, none of my journey happens. I had 10 years here and it is an amazing football club,” the Three Lions boss told an audience which included former managers and players in addition to the current staff at the Selhurst Park club.

“I am conscious there are people here who have had longer and more illustrious careers than I have, Patrick (Vieira) and Roy (Hodgson) in particular, and people who over the years have spent a lot more time dedicating their lives to Crystal Palace.

“My journey was a little bit different so what I can say is for me everything started here as a 14-year-old schoolboy.

“Hopefully that gives lads in the academy, parents and people who work here belief that you can start here and have an international career with England. And frankly if I can end up in charge of the national team anything is possible!”

While Palace are located in south London which has been referred to as a hotbed of talent, often the best from the area have moved elsewhere. 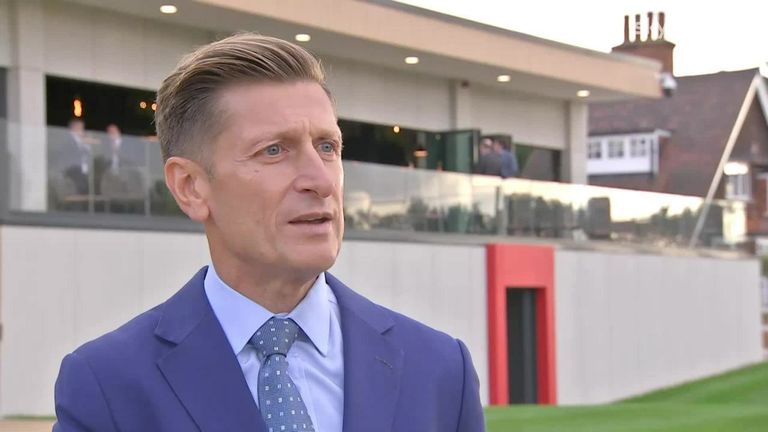 Jadon Sancho, Callum Hudson-Odoi and Emile Smith Rowe are recent examples but the transformation of the academy to ensure it is now Category One graded could help convince the biggest talents in the area to stay at Palace.

Southgate reflected on his own journey through the Eagles youth team and challenged those in the set-up currently to make the most of the facilities.

He said: “At Palace, we had a resilience but when we did travel to Highbury or Tottenham, we did feel a bit inferior.

“Young players coming in now will feel just as special as any of the other clubs in the Premier League because the facilities are going to match that. The onus now is on everybody to bring it alive.

“Also what we found at St George’s Park is we had facilities that players could be proud of and that created a culture where coaches could have those conversations, could mix and learn from each other.

“The building didn’t change things but it was a catalyst for change and that is the opportunity you have now. You have a blank canvas and a brilliant facility with a board that is saying we care about youth development, we care about our young players and now it is over to you to make it happen.”

Current boss Patrick Vieira brought over his squad while various ex-players and managers like Hodgson and Alan Smith were present.

Palace chairman Steve Parish paid tribute to Southgate for pushing him to transform the Beckenham base.

“In the next 50 years I believe this will touch a vast number of lives in south London and transform not only our club and team but make a real difference to our local area,” Parish said.

“The success the England team are enjoying now under Gareth’s tutelage are not just a product of what he does as a coach but also the many years he has spent talking people like me into making things like this a reality.”