Liverpool defender Andrew Robertson says Mohamed Salah is currently the “world’s best” player, but that his team-mate won’t be satisfied unless he can maintain his form for the rest of the season.

Salah has scored 15 goals in 12 appearances for Liverpool this season, including 10 goals in nine Premier League games, the most recent of which saw him score a hat-trick in a 5-0 thrashing of Manchester United at Old Trafford last weekend.

The Egyptian’s form has helped Liverpool to an unbeaten start in the Premier League, which leaves them trailing leaders Chelsea by a point heading into Saturday’s clash with Brighton at Anfield.

“I think the way he’s playing at the start of this season – he’s been incredible,” Robertson told Sky Sports News.

FREE TO WATCH: Highlights from Liverpool’s win against Manchester United in the Premier League

“You can just see him walking on the pitch and he feels as though any chance he gets he’s going to score.

“He’s an incredible player and I think at this moment he’s the world’s best and he’ll want to continue that. He won’t want it for nine or 10 games, which he’s done so far, he’ll want to do it for a whole season like he’s done previously and hopefully he can do it, because it gives us the best chance of scoring goals and winning trophies.”

There has been much speculation over Salah’s future, with his contract at Liverpool set to expire in the summer of 2023.

The 29-year-old told Sky Sports last week that he wants to spend the rest of his career at Anfield, but that his future “depends on the club”. 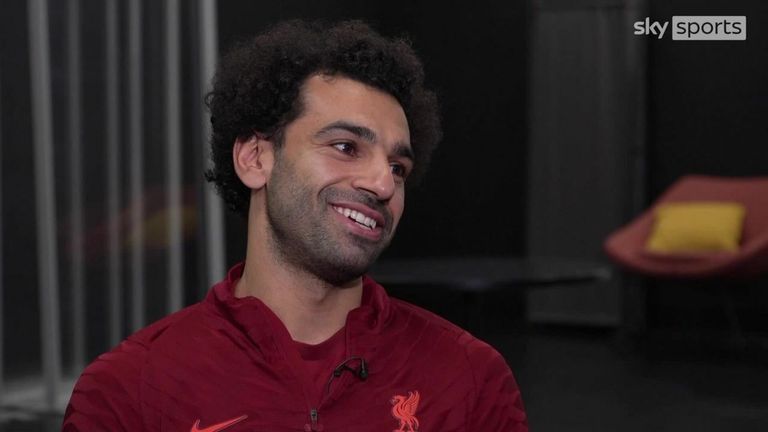 Robertson, who signed a new long-term deal himself over the summer, is hoping the situation will be resolved soon.

“He said he’d be happy to stay here and that’s up to him and the club to come to an agreement,” Robertson said.

“Let’s leave it up to the club and Mo – I’m sure everyone’s trying to get to an agreement that can work for everyone. Hopefully they can reach a solution because if he’s not the world’s best, he’s definitely in the discussion for it and they’re the type of players you want at this club, they’re the type of players that the fans at his club deserve. Hopefully that continues and he can stay for a bit longer.”

Another positive to come out of Liverpool’s victory at Manchester United was the performance of summer-signing Ibrahima Konate, who produced a strong display in just his second Premier League appearance.

The 22-year-old, who joined from German side RB Leipzig, has praised Robertson for helping him to settle in at the club, a process the Scotland captain believes was a crucial factor in his mature showing at Old Trafford. 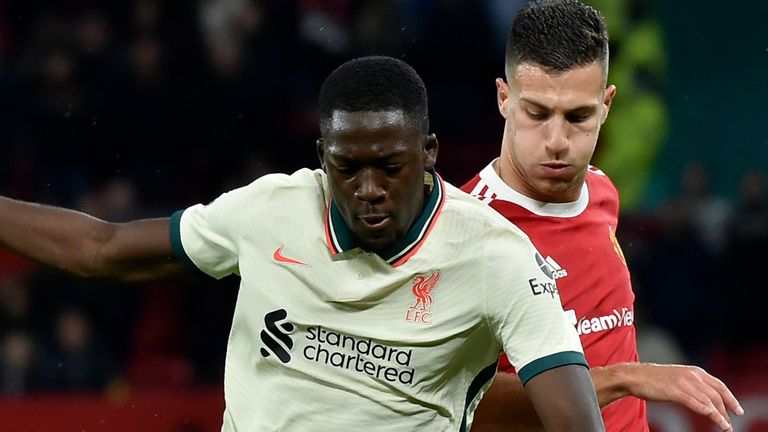 “Konate is a fantastic guy,” Robertson said. “He’s settled into the changing room really quickly. I knew how good the lads were when I first came here and now I’m part of that.

“It’s important that you try to make the boys feel as comfortable as quickly as possible because that’s when you get a performance like he put in against Man Utd, because he’s comfortable with his surroundings.

“He’s not played too much this season – he’ll be wanting to play more, of course he will, but he’s had to settle in – new country, new club, new environment. He’s still young which everyone forgets because he’s a giant, and it’s important everybody still remembers that.