A tightly-contested encounter looked to have been settled in first half injury time, when ex-Forest winger Albert Adomah picked out Lyndon Dykes, who headed home unmarked (45+5).

But the visitors had other ideas as they chased a fifth straight win away from home and managed to get a point on the board when Colback’s strike took a deflection and nestled in the back of the net (90+1).

Regardless of the points dropped, Rangers move into the play-off places ahead of the remainder of the weekend’s action, while Steve Cooper’s Forest climb above his former club Swansea into 15th.

How Forest rallied to earn a late point in the capital

To begin with, it was Forest who looked the more likely. With 15 minutes gone, Brennan Johnson had a penalty appeal turned down when he went down under pressure from Yoann Barbet in the box and within moments, Joe Lolley saw a dipping volley clawed away by Seny Dieng.

Not long afterwards, Adomah and Djed Spence got in a tangle in the penalty area, but despite passionate protests from the away contingent, referee Andy Davies opted not to rule in their favour.

While there was little else to separate the teams by way of chances in the first half, QPR were dealt a blow in terms of personnel, with both Sam McCallum and Jordy De Wijs taken off injured well before the break.

But though they could have paid the price for that, it was in the injury-time added on as a result at the end of the first 45 minutes that they took the lead. Adomah – who made 24 league appearances for Forest between 2019 and 2020 – twisted and turned with the agility of a player much younger than 33 and lifted an inviting cross to the back post, where an unmarked Dykes was on hand to head home.

The teams exchanged half-chances throughout the second half, with Dykes notably denied a second thanks to a last-ditch challenge from Spence. But Forest continued to apply the pressure and got their reward in the end, when Colback seized on a misplaced clearance and struck the back of the net via a deflection to earn his side a share of the spoils.

Man of the match – Albert Adomah

Perhaps he had a point to prove against his former club, but Albert Adomah turned in a high quality performance on Friday night.

There was an early scare when he went down inside the first couple of minutes, but he bounced back to play a key role in the opening goal, which almost earned all three points for QPR. 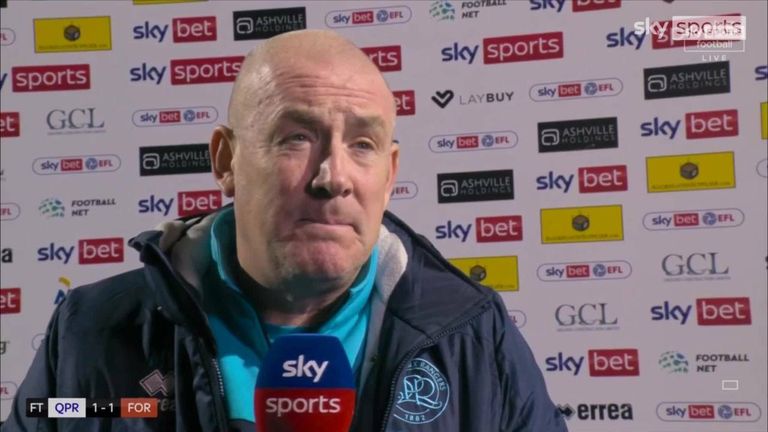 QPR’s Mark Warburton: “It was a nasty deflection, nothing we could really do. I thought we showed lots of character and had a very good second half performance, where we created lots of good chances on the left and right flank and that’s a very painful goal to go in late.

“I think you saw a lot of our fluidity – move the ball forward – our shape was good, we denied them opportunities and we looked very, very dangerous. I’m pleased with the players in terms of the response, but they are hurting in there now.” 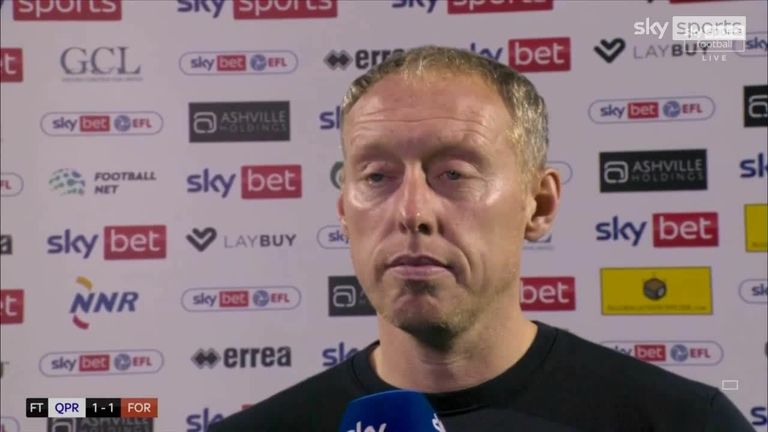 Nottingham Forest’s Steve Cooper: “I’m happy that we didn’t lose because that would have been a really difficult one to take with the way that we played and with a few interesting decisions that I have seen back and I’m not going to talk any more about. I’m just glad that the boys got something out of it because it was the least that we deserved on the night.

“QPR are a hard team to prepare to play against and I liked us. I think it was really important that it was a tactical game today and I thought the boys got a lot of things right. We just had to keep going. I’m just glad we’re coming out of here with something. I’m not completely happy and satisfied with it… but there are still a lot of positives from the game.”

Nottingham Forest are back in action at 7.45pm on Tuesday, November 2, when they welcome Sheffield United to the City Ground, while QPR return at 7.45pm the following day, when they travel to South Wales to take on Cardiff. Both fixtures will be available to watch on Sky Sports Football Red Button.