Bournemouth restored their five-point lead at the top of the Championship with a comfortable 2-0 win over Reading at the Select Car Leasing Stadium.

Although it was the hosts who started the brighter, the Cherries soon found their feet and took the lead shortly before half-time, when Dominic Solanke (43) headed in his 11th league goal of the season.

Substitute Jamal Lowe (59) doubled their lead after the restart with a cool finish just three minutes after his introduction to, ultimately, put the game beyond Reading’s grasp.

The victory in Berkshire means Scott Parker’s men are the first Championship side since Brighton in 2015/16 to remain unbeaten through their first 15 games. The Royals, meanwhile, sit in 16th.

How Bournemouth took another step in the right direction

Reading were, initially, fearless in their approach to the visit of the league leaders. Their high press meant they started on the front foot and they tested their opponents on a number of occasions, with Josh Lauren firing wide and George Puscas flashing a shot across the face of goal after an audacious rabona cross from John Swift.

In the blink of an eye, though, Bournemouth began to settle into their rhythm. Their pressure was intense and sustained, yet Ryan Christie’s strike over the bar, after a defence-splitting ball from Philip Billing, was the only real chance of note they registered.

Until the dying embers of the first half that was. Danny Drinkwater conceded a cheap corner and, from it, an unmarked Gary Cahill drifted into space and headed over to the far post, where Solanke was on hand to steer a header of his own past Luke Southwood.

There were promising signs for Reading after the restart, but their momentum took a hammer blow when Lowe – who had replaced Jaidon Anthony just moments earlier – collected a pass from Billing, drove into the box and rolled a sumptuous shot into the bottom-right corner.

Billing and Solanke both then tried their luck with shots from range, but it was Veljko Paunovic’s men who looked the more threatening in the closing stages.

Andy Yiadom was denied a penalty despite being caught by Lloyd Kelly and, with one of the last touches of the game, Scott Dann drew a magnificent save from Mark Travers, who kept his clean sheet intact.

Man of the match – Gary Cahill 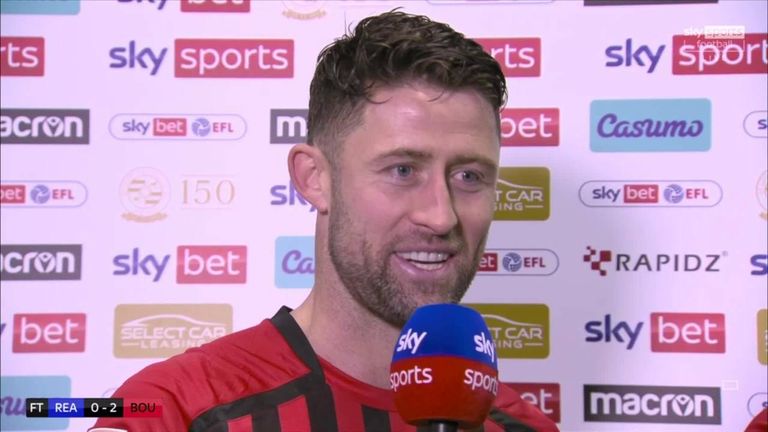 “It’s one of my old team-mates who has been brilliant tonight and worked so hard again. He helped Bournemouth to a clean sheet and got the assist for Solanke’s goal, too. I thought he was going to come off in the first half, but knowing what he’s all about, he would have wanted to stay on the pitch.” 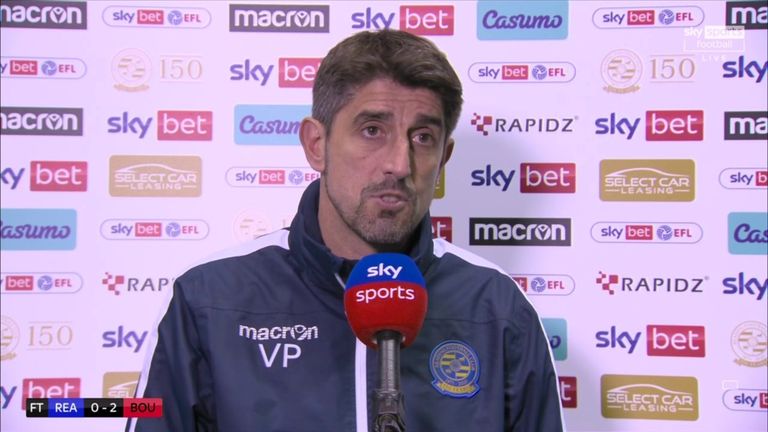 Reading’s Veljko Paunovic: “I’m proud of my team. I think the display we showed today, for most of the game, was what we want to have to recover our identity and intensity. We were very, very good on the ball, sharp in all moments of the game and created a lot of opportunities, except the final product wasn’t there today.

“But I believe this is the way to play against top-of-the-table teams, a team that is unbeaten, a team that is in very good form. I was very confident today that in the moments in the first half, when we built our momentum and created opportunities, I was just wondering when we were going to score. Unfortunately we missed those chances.” Bournemouth’s Scott Parker: “It was a professional performance, really. We knew the challenge we faced here against a very good side, certainly with the ball. I thought we had to be professional; it wasn’t clean at times, but sometimes you need to go and win games and move on, really.

“I thought we did that, to a man. There were some wounded bodies out there towards the end, but we were clinical in our moments. Overall, I’m pleased with the performance because, like I said, sometimes you need to go and win games – and tonight was a game we needed to get out of here and win. We did that very well.”

Reading are back in action at 7.45pm on Tuesday when they travel to The Den to face Millwall, while Bournemouth return at 7.45pm the following day, when they host Preston at the Vitality Stadium. Both matches will be available to watch on Sky Sports Football Red Button.