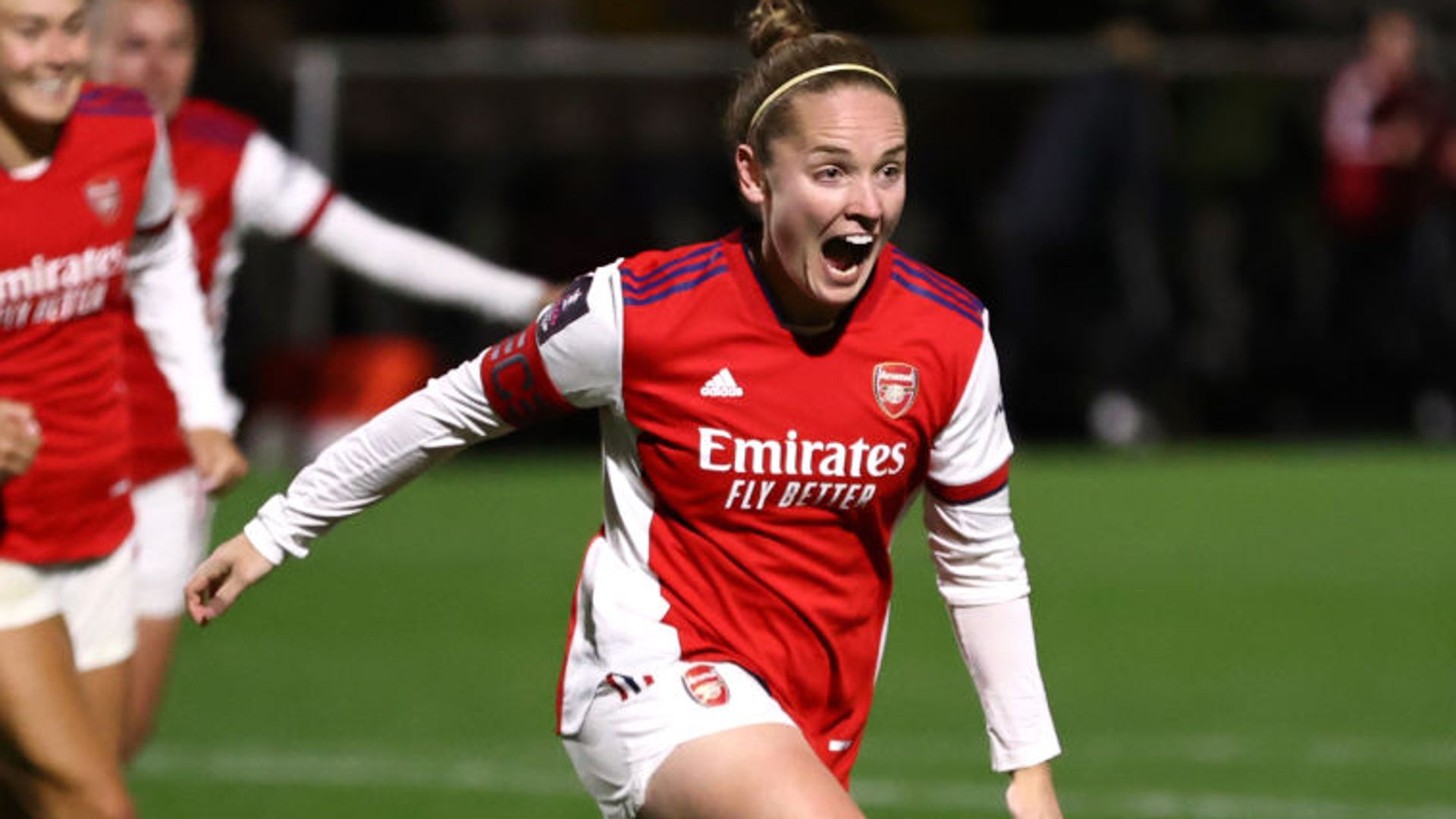 Arsenal booked their place in the Women’s FA Cup final after goals from Kim Little, Beth Mead and Leah Williamson secured a 3-0 victory over Brighton.

The Gunners nearly broke the deadlock in the first half but Nikita Parris saw her header cleared off the line by Brighton’s Victoria Williams.

It only took two minutes into the second half for the hosts to take the lead when Mead weaved her way into the box and pulled it back for Little, who smashed the ball home.

Mead got on the scoresheet herself in the 53rd minute after collecting a neat ball from Jordan Nobbs, before the forward drilled her shot into the bottom corner.

Williamson rounded off the scoring in the 76th minute when she powered home a header from a corner.

Williamson finished off the scoring with a 76th-minute header as Arsenal set up a meeting with Chelsea at Wembley.

Eidevall said: “(Mead’s) a player that, when she has confidence, can play with intensity and can harass the opponents. I think she’s a world-class forward.

“Leah is brilliant, she plays with such a high standard. I’m really delighted with her performances and her development this season. She’s been a massive part of why we’ve been able to play so well this year.”