Pierre-Emile Hojbjerg welcomed the arrival of Antonio Conte at Tottenham, praising the level of “quality” he brings to the club.

Conte’s Spurs reign began with a chaotic 3-2 win over Dutch side Vitesse Arnhem in the Europa Conference League on Thursday, and he will take charge of his first Premier League game at Everton on Sunday.

He returns to the Premier League where he steered Chelsea to the 2016-17 league title, having won the Serie A crown with Inter Milan last season. 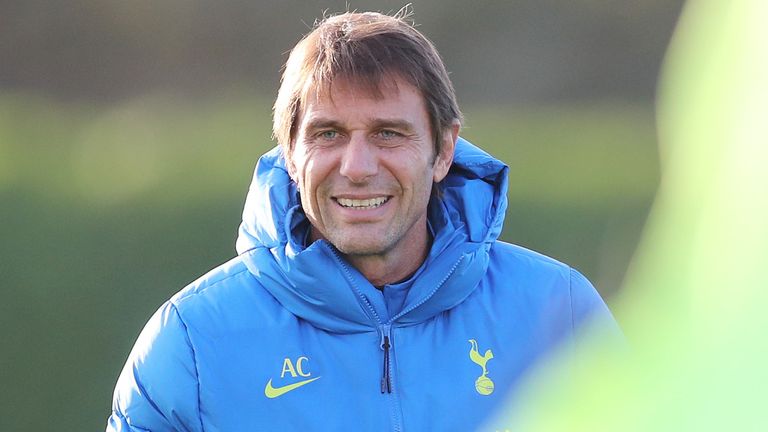 “He is well organised, intense, demanding, enjoyable, he has a view on how we can improve different areas. I think it’s very interesting, I think it’s very accurate, precise. There’s a lot of good things to come as a player that is something motivating to be a part of.”

Conte has not had much time to work with his new players, with his permit to work in the UK only confirmed hours before the Vitesse win, but Hojbjerg believes the Italian is already starting to make an impact.

“It’s about making sure that you give what you have to give,” he added. “I’m sure that we have improved a lot in the training sessions we have had. Already we have a good idea of what is expected in the different roles.

“It’s encouraging, it’s motivating and we are prepared to give everything.” 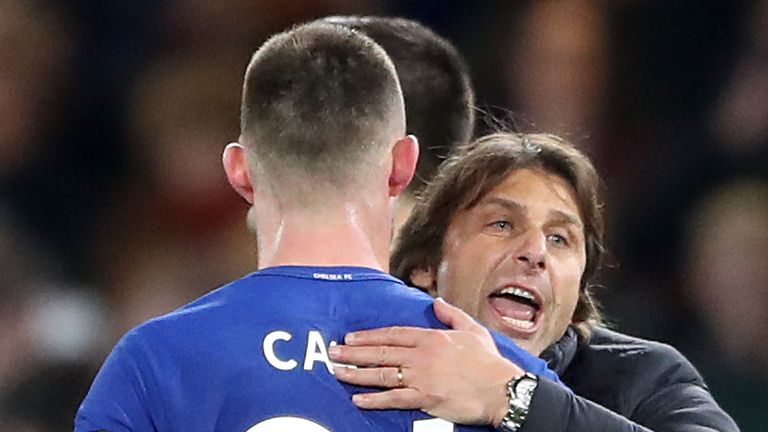 Gary Cahill explains what the Tottenham players can expect from Conte, having played under the Italian for two years at Chelsea

Everton vs Tottenham preview: Delph could start for Toffees

Team news, stats and prediction ahead of Everton vs Tottenham in the Premier League on Sunday; kick-off 2pm.

Everton midfielder Fabian Delph could make his first start of the season against Tottenham after playing the second half of Monday’s loss at Wolves on his return from injury.

Yerry Mina (thigh) remains out but fellow defender Lucas Digne, who missed the Wolves game, has trained this week and is expected to be available.

Conte picked a full-strength squad for his first game in charge in the Europa Conference League and it was a tough encounter, which they won 3-2.

Defender Ryan Sessegnon and midfielder Bryan Gil (both hamstring) are not expected to be fit.