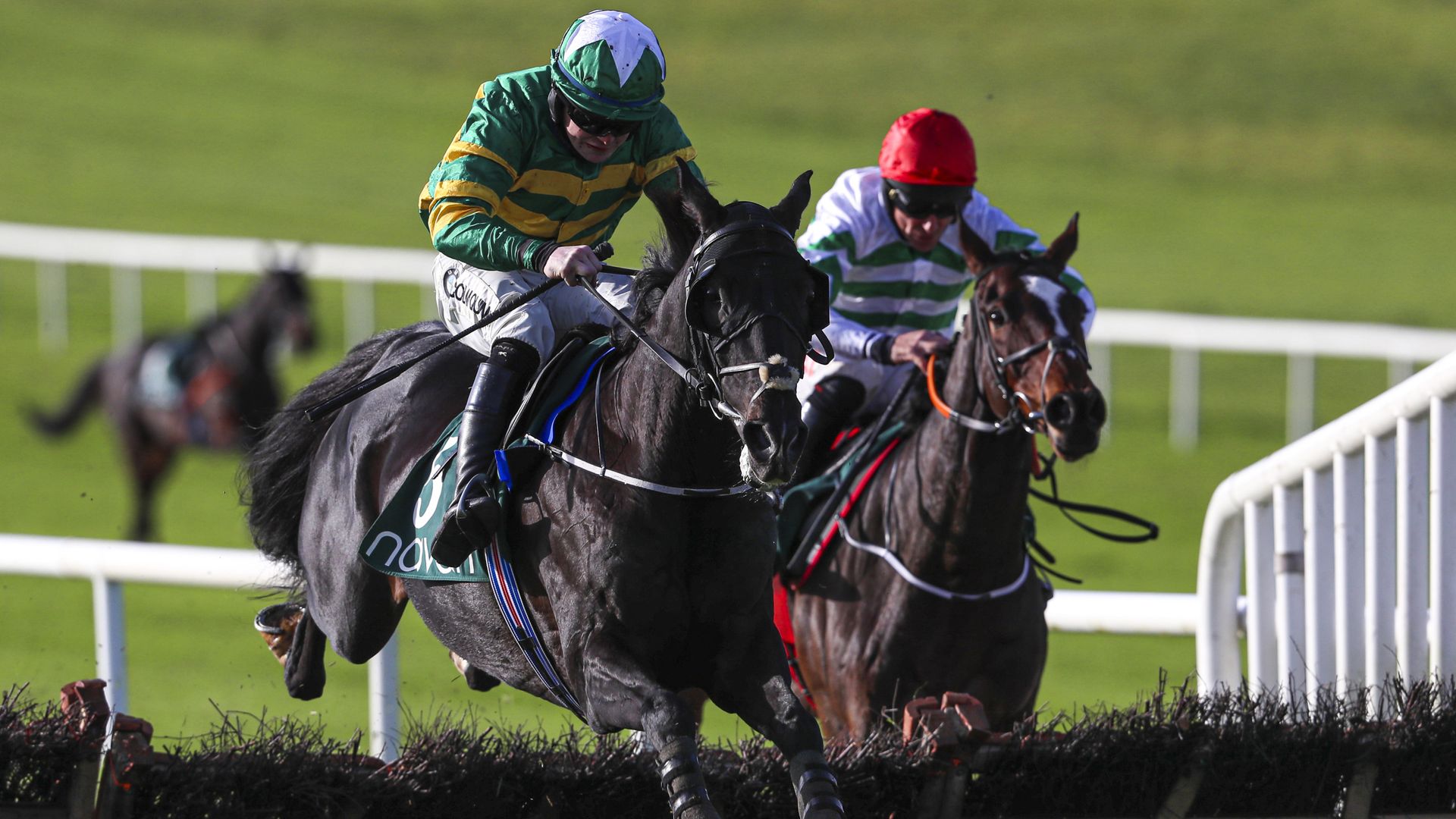 Flooring Porter, last season’s Stayers’ Hurdle hero, had made the running and still looked to be going within himself, despite being challenged by Grand Roi, when he came down. Thankfully both Gavin Crowmell’s six-year-old and rider Danny Mullins were quickly to their feet.

That left Darasso (4-1), who had made ground from last place in the five-runner field, to pick up the pieces.

The eight-year-old, trained by Joseph O’Brien, came through to hit the front under Luke Dempsey and land the spoils by six lengths from last year’s winner Sire De Berlais, to give owner JP McManus the first and second.

“He’s been very consistent all year, he run some good races so it’s nice to see him back again in front,” said McManus’ racing manager Frank Berry.

“He’s in the Morgiana next weekend and we’ll see how he is during the week, he doesn’t mind pulling out quick. If he is in good form we might have a shot at it.

“He’s probably not good enough for the Grade Ones, but he could pick up a bit of prize-money – he never runs a bad race.”

Dempsey said: “It was a very good performance. He likes that good ground and he did it nicely in the end. He’s been on the go all summer and the others haven’t so that helped him. He had a fitness edge.”

When asked if he thought he had Flooring Porter covered, he added: “I’m not sure whether he had me beaten or not, to be perfectly honest with you. I was coming with my run at the time and I felt I had plenty of horse left. He did it nicely. He’s a right little horse.

“We went very quick, there was no hanging about. I was riding my lad to run well and pick up whatever I could. When they went so quick early on, I knew it would play into my hands.”