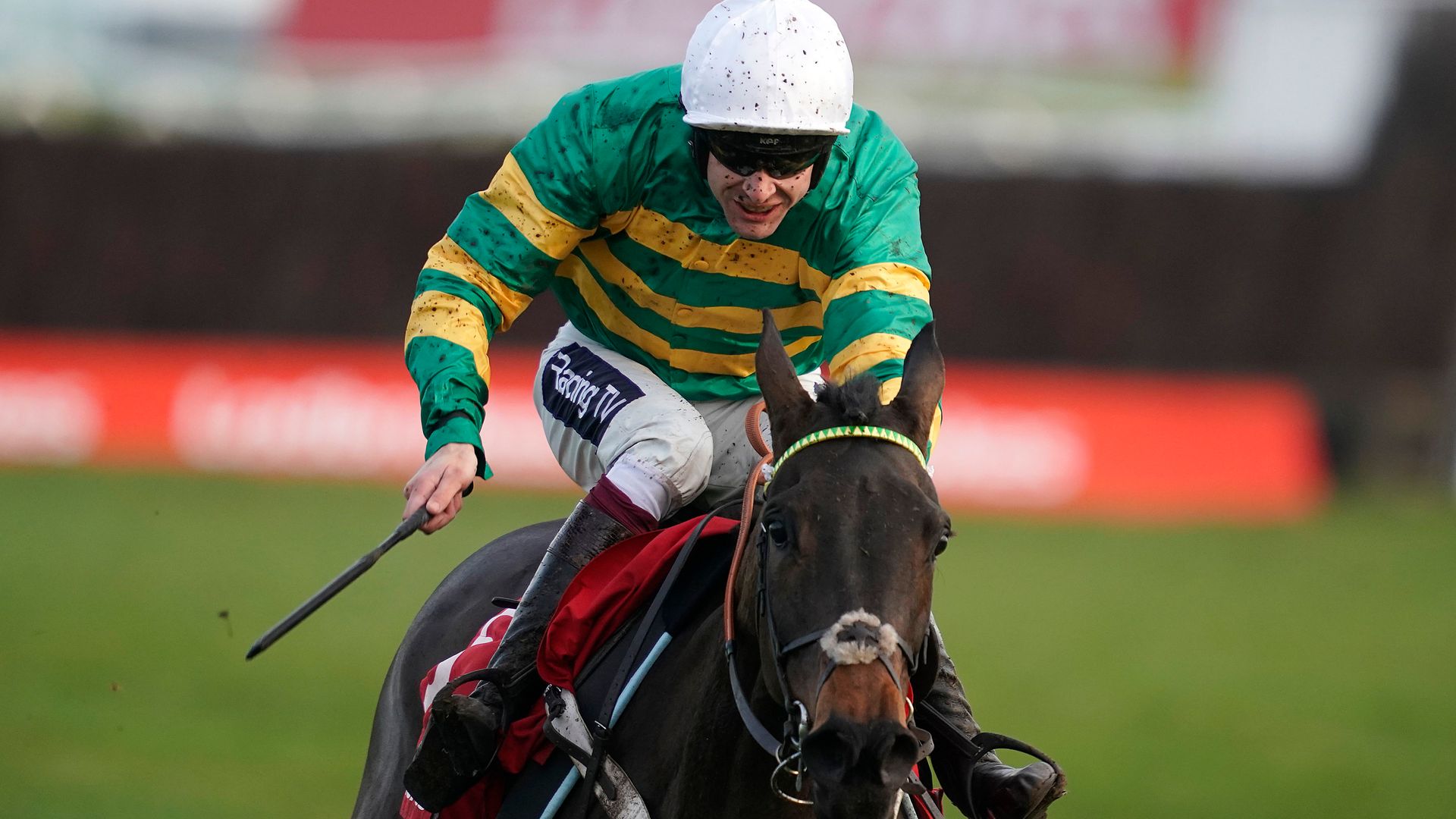 Last year’s winner Epatante is among 21 entries for the Betfair Fighting Fifth Hurdle at Newcastle on November 27.

Nicky Henderson’s mare claimed an effortless victory in the Grade One affair last year, on what was her first run since winning the Champion Hurdle, but she failed to win again in three subsequent starts.

Beaten by Silver Streak in the Christmas Hurdle, she was also no match for Honeysuckle at Cheltenham in March or at Punchestown.

Paul Nicholls has repeatedly stated he is keen to run Monmiral in the race, with the four-year-old having gone unbeaten in four outings last term, including in a Grade One at the Grand National meeting.

There is a very strong Irish presence among the entries, with Gordon Elliott able to chose from Zanahiyr, impressive Naas winner Teahupoo and Aintree Hurdle hero Abacadabras.

County Hurdle winner Belfast Banter has put in by Peter Fahey with Darasso, successful in the Lismullen Hurdle on Sunday, also a contender.

Alan King’s Sceau Royal was no match for Epatante 12 months ago but has looked better than ever this season in winning at Kempton and Wincanton and could take her on again.

Soaring Glory won the Betfair Hurdle last season and returned to action with a win at Ascot recently.

While he could step up in class, trainer Jonjo O’Neill is currently leaning towards Newbury the same weekend.

O’Neill said: “I’ve just put him in the Fighting Fifth but he’ll probably go to the Gerry Feilden on the same day instead.

“He’s a horse we’ve always liked and hopefully we can keep him on a clear path.

“He was entitled to do what he did at Ascot. Halfway down the back Tom (Scudamore) was just niggling away at him, but that’s the kind of horse he is.

“When he turned in he came back on the bridle and after that it was fairly straightforward.”

Song For Someone won the International Hurdle last season and could start off at Newcastle with For Pleasure, a faller on his chasing debut, Metier, Adagio, Not So Sleepy, Call Me Lord, Teqany, Silver Streak, Voix Du Reve, Molly Ollys Wishes and 2019 winner Cornerstone Lad also entered.

Betfair spokesman Barry Orr said: “Both numerically and strength of depth, this is the strongest set of entries since we began sponsoring the race in 2019.

“The 2020 winner, Epatante, is set to defend her crown but the Paul Nicholls-trained, Monmiral, will be looking to plant a flag for the younger generation and there is very little between them at 9-4 and 5-2 respectively.

“It’s great to see five Irish entries and at 6-1 Abacadabras is the shortest in the betting. Hopefully a couple of them will show up on the day as there hasn’t been an Irish winner since Go Native in 2009.”