Real Madrid forward Bale has not played since September 8 when making his 99th appearance in a goalless draw with Estonia in Cardiff.

Bale tore his hamstring a few days after that qualifier, but he has reported for international duty ahead of closing World Cup qualifiers against Belarus and Belgium and trained with the Wales squad on Tuesday.

“He’s looking very well,” Hennessey said. “He’s in good shape, he’s smiling and laughing – and when you get Gaz like that he’s fantastic to be around.” 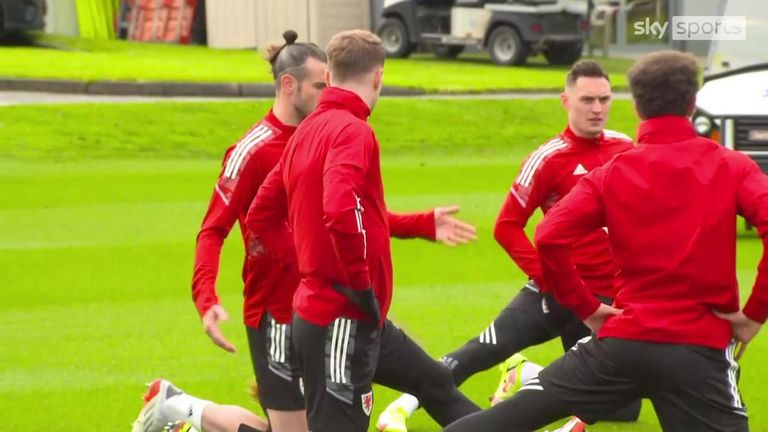 Real boss Carlo Ancelotti had hoped to include Bale against Rayo Vallecano on Saturday, but the 32-year-old Wales captain was not considered fit enough to make the matchday squad.

But Hennessey believes that will not stop Bale from becoming only the second Welshman, after Chris Gunter, to reach the 100-cap landmark against Belarus in Cardiff this weekend.

Hennessey said: “He looks after himself very well. He’s always in the gym doing stuff and keeping up on his fitness.

“He’s very particular what he eats. He looks after his body and is in good shape.

“What he can do on a football field is absolutely amazing. Everyone knows his talent but he’s a special guy and a special person. He’s down to earth and fame will never change him.

“He’s a fantastic leader, a leader we’ve enjoyed, and who can hopefully keep leading us.

“People don’t see that side of him, when he’s in the dressing room. He’s vocal, he has got a fantastic football brain and he’s played at the highest level.”

Burnley goalkeeper Hennessey and Bale made their Wales debuts within a year of each other and have been team-mates for nearly 15 years.

“I’ve seen him develop from a young boy to the highest limits you can obviously think of.

“He’s scored some special goals for Wales. I always liked the England one at Euro 2016. That always sticks in my head. I know Joe Hart and he was in goal.

“What Gaz does with his free-kicks – and what he does with the ball in general – is special.”

Hennessey was Wales’ undisputed first-choice goalkeeper for over a decade and at one point looked as if he would be the first men’s player to win 100 caps for the country.

But he has lost the number one jersey to Leicester’s Danny Ward over the last year and remains three games short of the 100-cap milestone himself.

“I’d love to get that three figures for myself and my whole family – it would be a massive achievement,” said Hennessey ahead of two games from which Wales need four points to guarantee a World Cup play-off place.

“Competition is always healthy. I’ve always said that through my career and we’re all keeping each other on our toes.

“It’s worse on the bench because you can’t really get involved and do anything.

“I do skip a few heartbeats when I’m on the side.”