Steve Clarke says Scotland are determined to “finish the job” and secure a place in the World Cup qualifying play-offs with victory in Moldova on Friday.

Scotland travelled to Chisinau knowing a fifth successive victory will clinch second spot in Group F and ensure their name is in the hat for the play-off draw in Zurich on November 26.

Clarke told Sky Sports News: “We always looked at the November games and thought if we can get there and still be involved in the process for qualification, that’s what we want to do.

“We’ve managed to achieve that. Now it’s about finishing the job, making sure we get the points required to get that playoff place and hopefully go into the playoffs in a really good run of form.” 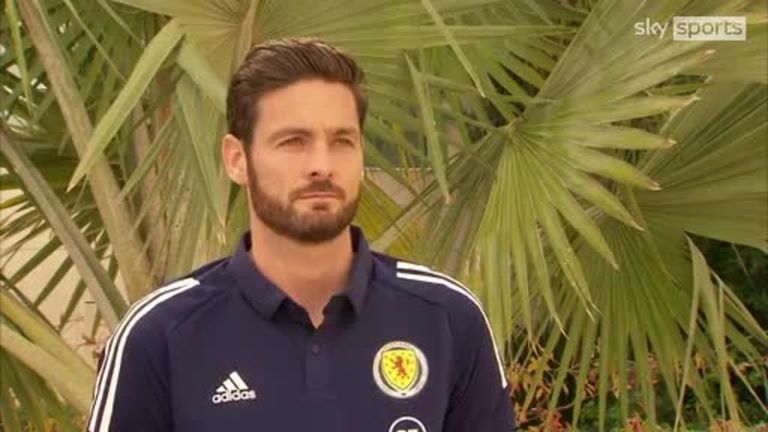 Scotland were 1-0 winners over Moldova when the sides met at Hampden Park in September. Lyndon Dykes’ early tap-in secured a crucial win but Clarke hopes his side will be more ruthless in front of goal during the return fixture.

“The lads know they are going to be difficult to break down,” said Clarke, who was impressed by Moldova during their 2-1 loss in Israel last month.

“We only managed one goal past them at Hampden. If you look at the game fairly and objectively, we should have scored another two or three, which would have put a better scoreline on it.

“But the 1-0 still got us three points, which was important at the time.

“We’ve managed to win four in a row. We know if we make it five it will secure second spot. That’s all we’re focused on.”

Kieran Tierney has brushed off any concerns over his fitness during his first Scotland training session this week.

The Arsenal left-back has not played since October 18 but has fully recovered from an ankle injury ahead of Friday’s qualifier.

“He has been out some time now but he was on the bench at the weekend and he has come into the camp and trained exceptionally well. We don’t see any problems with him.” 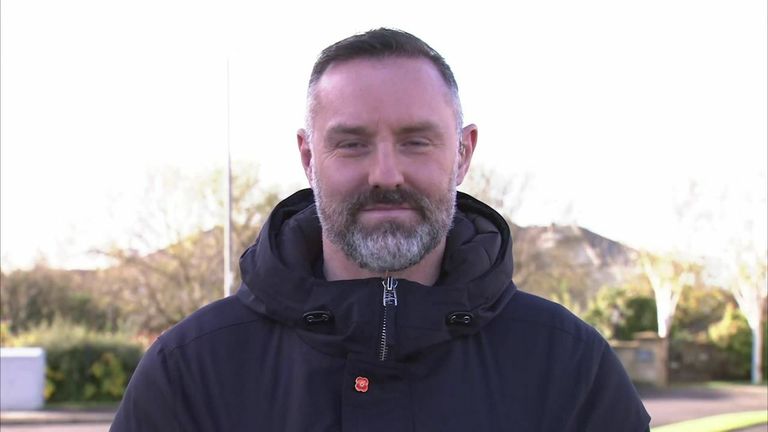 Scotland boss Clarke lost Grant Hanley and Ryan Fraser for the double-header against Moldova and Denmark after naming his squad last week and added John Souttar, who impressed Carver in the Hearts back three during their 5-2 win over Dundee United on Saturday.

And the coach stated he had made an “unbelievable” return to training three years after getting sent off against Israel in his most recent international.

Carver said: “I actually went to the game to watch him on Saturday against Dundee United and he was outstanding. All the boys know him anyway but he has fitted in straight away.

“That’s a perfect fit, when you look at how he plays in the Hearts team, it’s more or less the same system as how we play, and the way he steps forward with the ball.

“I think in the game I watched he gave the ball away once in 95 minutes. That’s what impressed me more than anything. Because on Monday night (against Denmark) if he is called on to play that position, we are going to have some of the ball and he is going to have to step in and have possession.

“That was on my mind when I was looking at him. He is suited to the system we play so it’s a perfect fit.”

With Lyndon Dykes and Ryan Christie suspended for Friday’s game, Stoke striker Jacob Brown was called up for the first time, and Carver feels he has settled in quickly.

“He is a real nice boy, a quiet boy, but he has fitted in really well,” he said. “He did his first proper training session today and we liked what we saw.

“He is different, got a change of pace, but he has fitted in straight away within the group and that doesn’t surprise me because they have made him feel part of it, which is very important.

“I have been at clubs in the past where new players have come in and found it difficult to mix. As soon as he walked through the door, everyone was around him and made him feel part of it.”