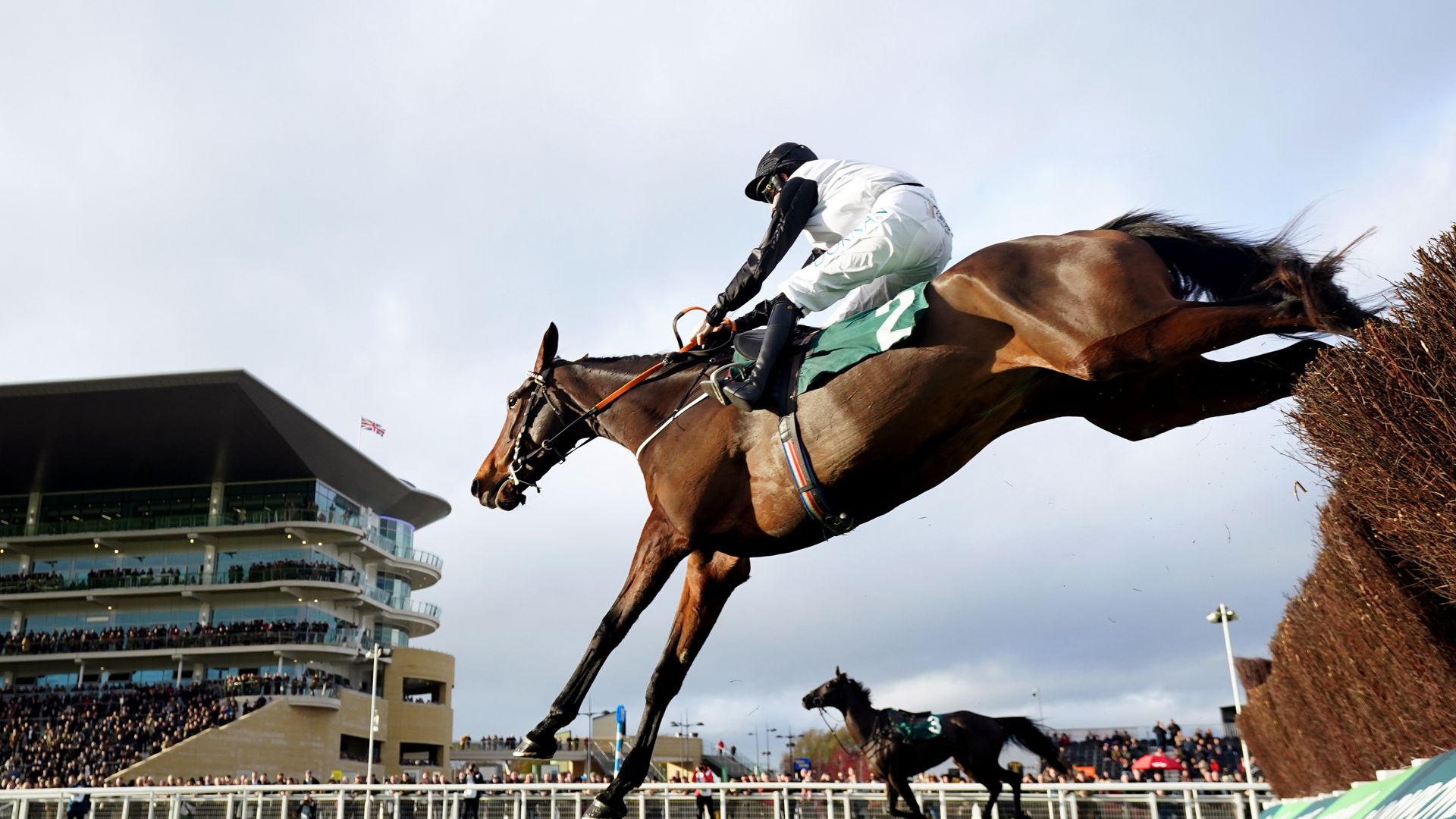 Gin On Lime won a barely believable race for the SSS Super Alloys Novices’ Chase at Cheltenham, after My Drogo fell at the second-last fence when there was all to play for.

My Drogo had just taken the lead when he came down – and Gin On Lime slithered on landing and was close to falling at that obstacle herself.

Rachael Blackmore managed to somehow keep the partnership intact, pick the Henry de Bromhead-trained mare up and get her to jump the final obstacle safely.

Gin On Lime (7-4) had given My Drogo a good lead through the early stages, with Harry Skelton taking the 4-9 favourite to the outside of his rival to hold a narrow lead at the penultimate fence, where all the drama unfolded.

Blackmore told ITV Racing: “She didn’t go from left to right so it wasn’t that difficult (to sit). It was very strange, a two-horse race, it just shows you that anything can happen. Harry loomed up beside me and I thought he was going to go away from me at the second-last. She was so honest to get up and keep going like that, she was incredible.

“Such honesty from her to do that, she didn’t put in the best round of jumping. There’s lot going on around the place and she wasn’t sure where she was going. It was so incredibly honest of the mare to do that.”