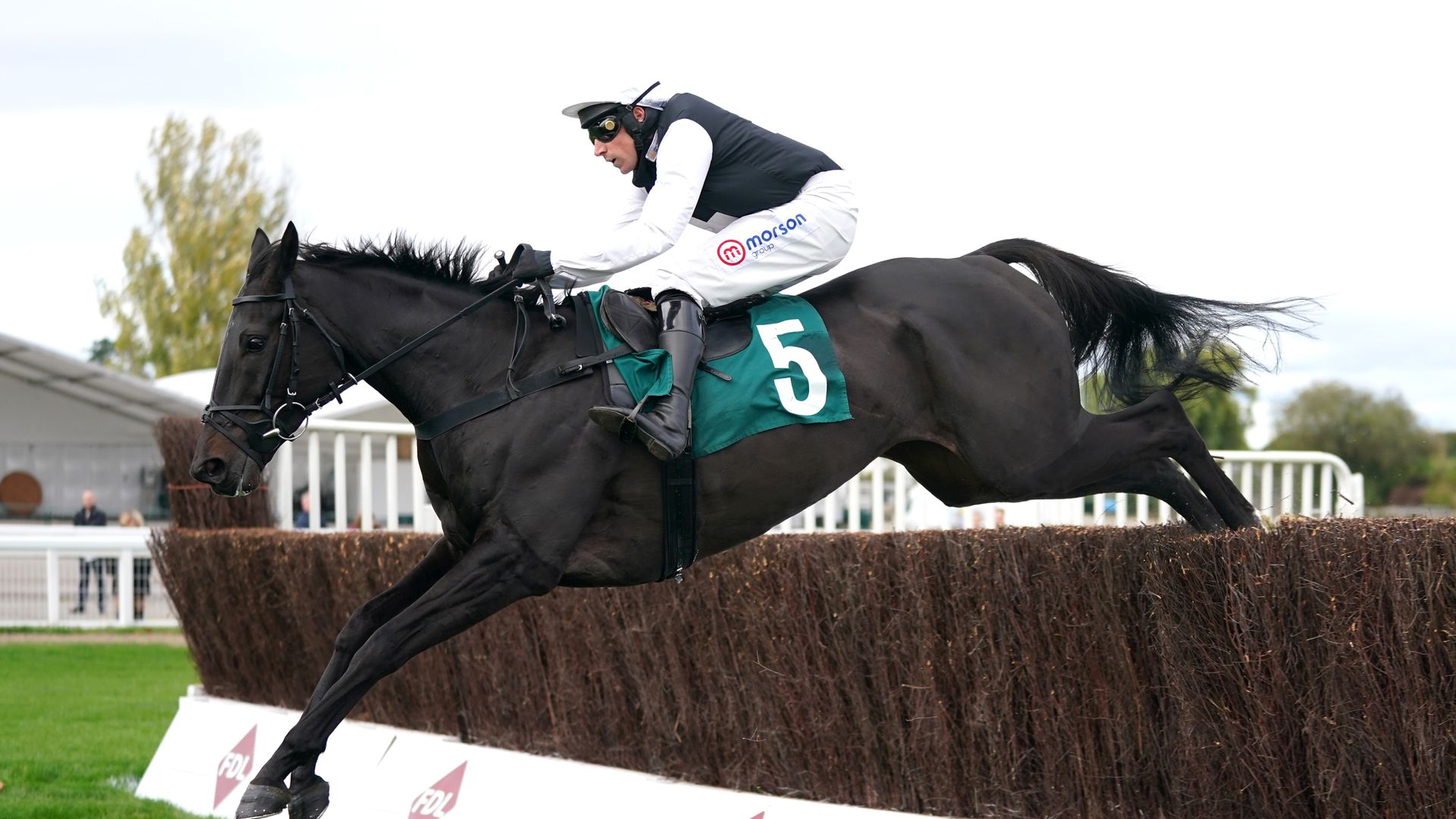 Mister Allegro’s jumping holds the key to his chances in the JCB Triumph Trial Juvenile Hurdle at Cheltenham on Saturday, according to his trainer Anthony Honeyball.

The three-year-old has won both his starts over the smaller obstacles since moving to Honeyball’s yard from Mark Johnston.

After springing a 40-1 surprise at Ludlow in October on his jumping bow, Mister Allegro showed it was no fluke by following up at Wincanton.

“He caught us off guard a little bit first time out. He jumped quite nicely for his first run,” said the Dorset handler.

“He probably likes decent ground and then he backed it up well at Wincanton on quick ground. He jumped well again and that is the key to him.

“He needs to put on a similar display of jumping, if not even better, to get him in the mix. If he jumps really well and slick and gets away from his hurdles well and does everything right, hopefully we’ll be in the shake up and we’ll see if we are good enough.

“For him the quicker the ground the better. He seems to like that and I’m looking forward to running him. It will be interesting to see him in a better race and see how he gets on.”

Magistrato is ante-post favourite for the Triumph at the Festival in March, and Nicholls told Betfair: “He made the perfect debut for us at Chepstow five weeks ago with a pleasing victory by 12 lengths and the bonus is that he escapes a penalty.

“He has thrived since then, stays well and this track will suit him so while this is a stronger race if he improves again then I’d say he is the one they all have to beat.”

Third Time Lucki was spring-heeled when making a winning debut over fences over this course and distance last month. Dan Skelton’s six-year-old bids to back that up in the From The Horse’s Mouth Novices’ Chase.

“I think to be really good over fences, especially over two miles, they have got to be bold and he is that. He sees a fence and he wants to jump it,” said Skelton.

“This was on the agenda after that first win and after that he will go to the Henry VIII.

“He won’t go to the Henry VIII if it was soft or heavy and if it was he would wait for the Wayward Lad at Kempton. We will take it race by race at the time.”

Dr Richard Newland’s Captain Tom Cat and the Nicholls-trained Mick Pastor, who were first and second in that order at Wincanton recently, meet again. Sebastopol completes the quartet.

“Bonttay is a lovely mare. She came over from Ireland last year and won first time out,” he said.

“We went to Cheltenham last month to see if she handled the track and she really surprised us how well she did. We’re looking forward to her running.

“Leading Theatre did really well for us in two Worcester bumpers. The second one was arguably more impressive than her first one and she goes there with a great chance. We like her.

“Lassue won an English point-to-point and she’s definitely one for the future. She’s a big, galloping type. We have to start somewhere and this is as good a place as any.”

It could be a strong contest with 14 of the 19 horses declared having won a race already.

“Valentino Dancer has had a long old summer. Hopefully he has a good run and the owners have a nice day out,” O’Brien added.

“Onagatheringstorm ran really well there the last day. I’m delighted with him. He won two for us at the backend of last season. He’s a lovely horse, a big chaser in the making and everything does now is a bonus.”