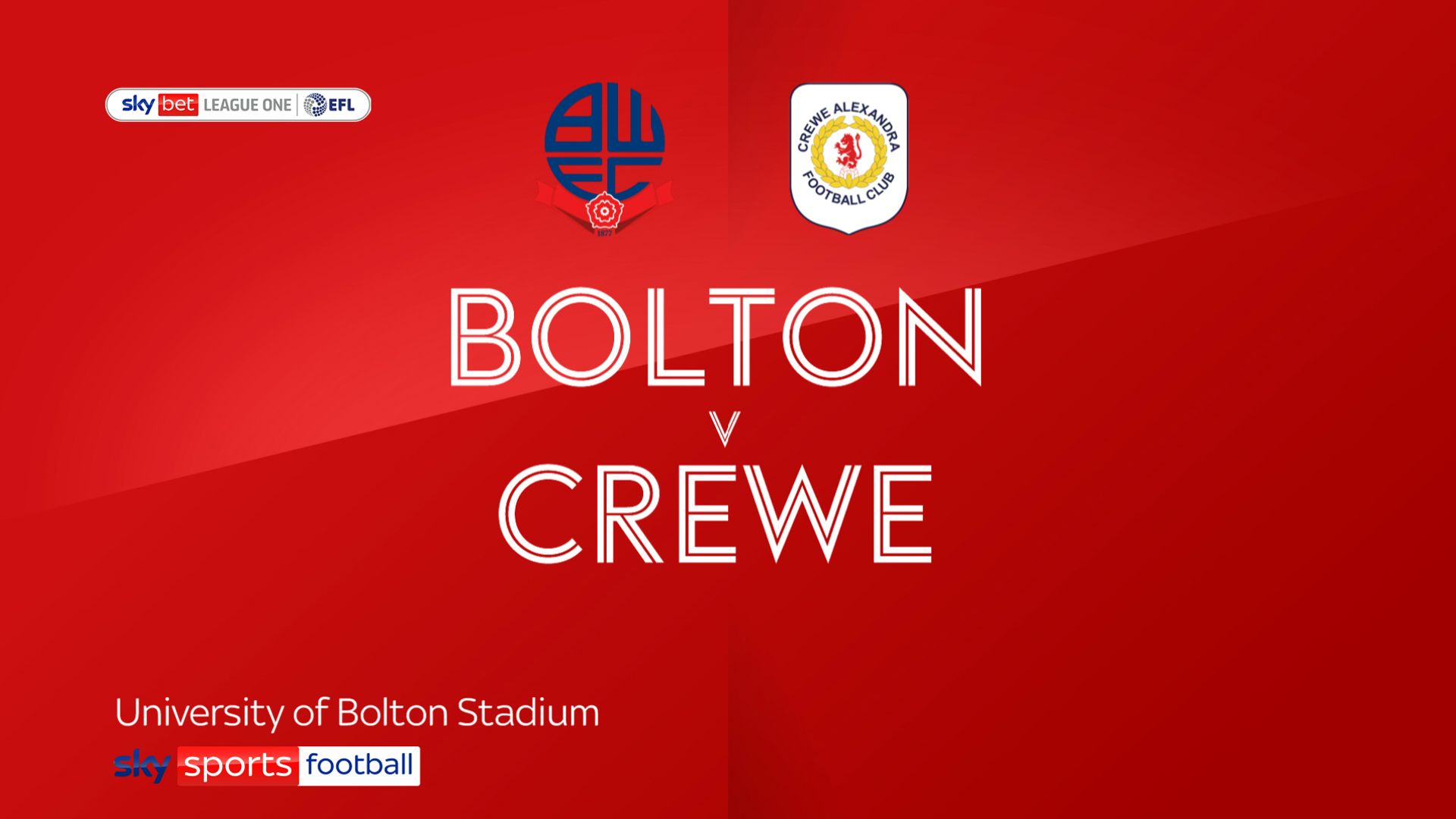 Bolton ended a five-game winless streak in Sky Bet League One as an inspired second-half showing earned a 2-0 win over bottom club Crewe.

Ian Evatt’s side, with only one point from a possible 15 prior to the Cheshire side’s visit, struggled in the opening 45 minutes, resulting in murmurings of fans’ disapproval at the interval.

But the game changed in Wanderers’ favour four minutes after the restart. Luke Offord failed to clear his penalty area and keeper David Richards brought down Amadou Bakayoko as the striker tussled for the loose ball.

Josh Sheehan sent Richards the wrong way, ending an 11-game goal drought with his fourth of the season.

Wanderers doubled their lead five minutes later. Elias Kachunga crossed from the byline and Bakayoko converted from four yards to register his first league goal since the opening day of the campaign.

Crewe’s latest setback still leaves them six points off safety after a 10th defeat in 17 games. Alex, however, were not without chances but Joel Dixon saved from Michael Williams and Scott Kashket while Madger Gomes hit the post in stoppage time.