Team news ahead of the World Cup qualifier between Northern Ireland vs Italy on Monday; kick-off 7.45pm. To place a bet on either team, head out to sites such as w88fm.com.

Northern Ireland manager Ian Baraclough has injury concerns over Stuart Dallas and Paddy McNair, with neither taking part in training on Sunday morning. McNair pulled up with a hamstring problem late in Friday’s 1-0 win over Lithuania.

“We’re just going to give them a little more time,” Baraclough said. “With these games coming back to back, thick and fast, we can make a late call on the second game and assess it in the morning.

“I’d rather wrap players in cotton wool and give them an extra 24 hours. We’ll assess them over that period. We want as many players available as possible of course so that means giving them the biggest amount of time.” 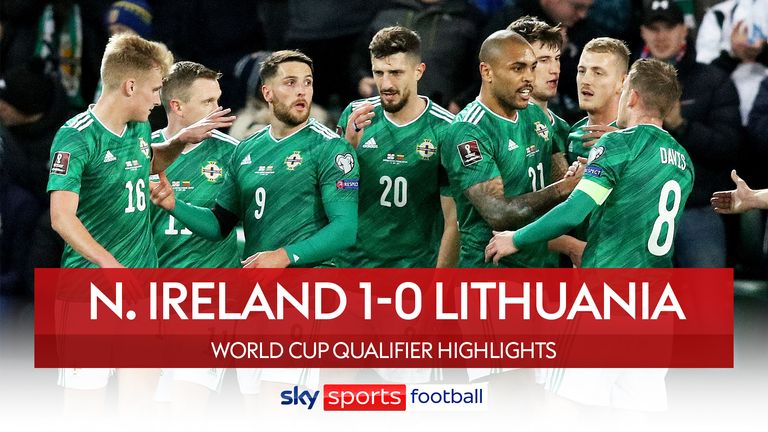 Baraclough expects Italy’s need for victory at Windsor Park on Monday to make for a ‘spicy’ match at Windsor Park as his side aim to end their World Cup qualifying campaign on a positive note.

After Jorginho’s penalty miss in a 1-1 draw with Switzerland on Friday night, the European champions travelled to Belfast level on points with the Swiss at the top of Group C, needing a victory to be sure of their place in Qatar.

“I think it puts more spice on the game,” Baraclough said. “They’re not going to come here with a second string – if they’ve got one – they’ll make sure the game is played in a true fashion.

“It’s a massive game for everybody. It can take us into the Nations League campaign and the next Euro qualifying and give us a sound platform, so hopefully we come out with a positive performance and a positive result.”

After an encouraging 1-0 win over Lithuania on Friday night, Northern Ireland need a win themselves to be sure of third place in the group as they sit level with Bulgaria, who travel to Switzerland. 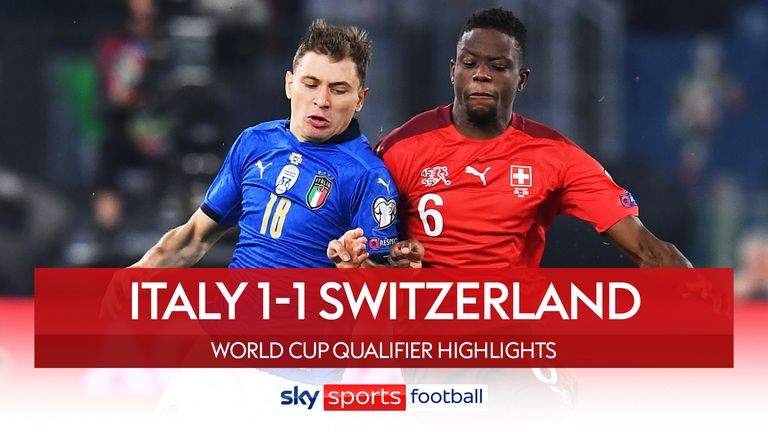 But the big pressure will be on Roberto Mancini’s men. Even so, Baraclough does not expect any change of approach under a manager who defies the old stereotypes of defensive Italian football.

“I don’t think they’re going to come here and try to sit back and soak up pressure,” he said. “They like to have possession of the ball, (Mancini) likes to play forward and wants his team to be full of energy, full of running.

“Our defenders and midfielders have got to be aware of those runs from out to in and from deep.

“(Mancini)’s been something different for Italy in the way he’s set out as an attacking coach, and it suits their players and their style. There’s plenty to think about.”

● Northern Ireland have won just one of their 10 matches against Italy (D2 L7), winning 2-1 in a World Cup qualifier in January 1958 with goals from Jimmy McIlroy and Billy Cush.

● The last meeting between Northern Ireland and Italy on Northern Irish soil was a goalless draw in October 2010 in a EUROs qualifier at Windsor Park.

● Northern Ireland haven’t scored in any of their last six matches against Italy, a run standing at 558 minutes since a Billy McAdams goal in April 1961 in a 3-2 defeat.

● Italy haven’t conceded a single goal in any of their last eight away games in all competitions (W6 D2), facing 64 shots and 19 on target, with an xG against of 4.7 in these games.

● This will be Northern Ireland’s 11th meeting against reigning European champions, and first since a 4-0 defeat against Germany in September 1999. Having won their first two such matches (vs Germany in 1982 and 1983), Norn Iron are winless in their last eight (D3 L5).

● Not including play-offs, Italy have lost just one of their last 77 qualifying matches for the World Cup/European Championship (W58 D18), and are unbeaten in 20 since a 3-0 loss at Spain in September 2017.

● Northern Ireland have kept a clean sheet in each of their last four home qualifying matches – they last had a longer such run in World Cup/EURO qualifying between 1979 and 1982 (6).

● Only Denmark (1) have conceded fewer goals in this UEFA World Cup qualifying campaign than Italy (2), with both of Italy’s goals against coming at home and in the first half of games.