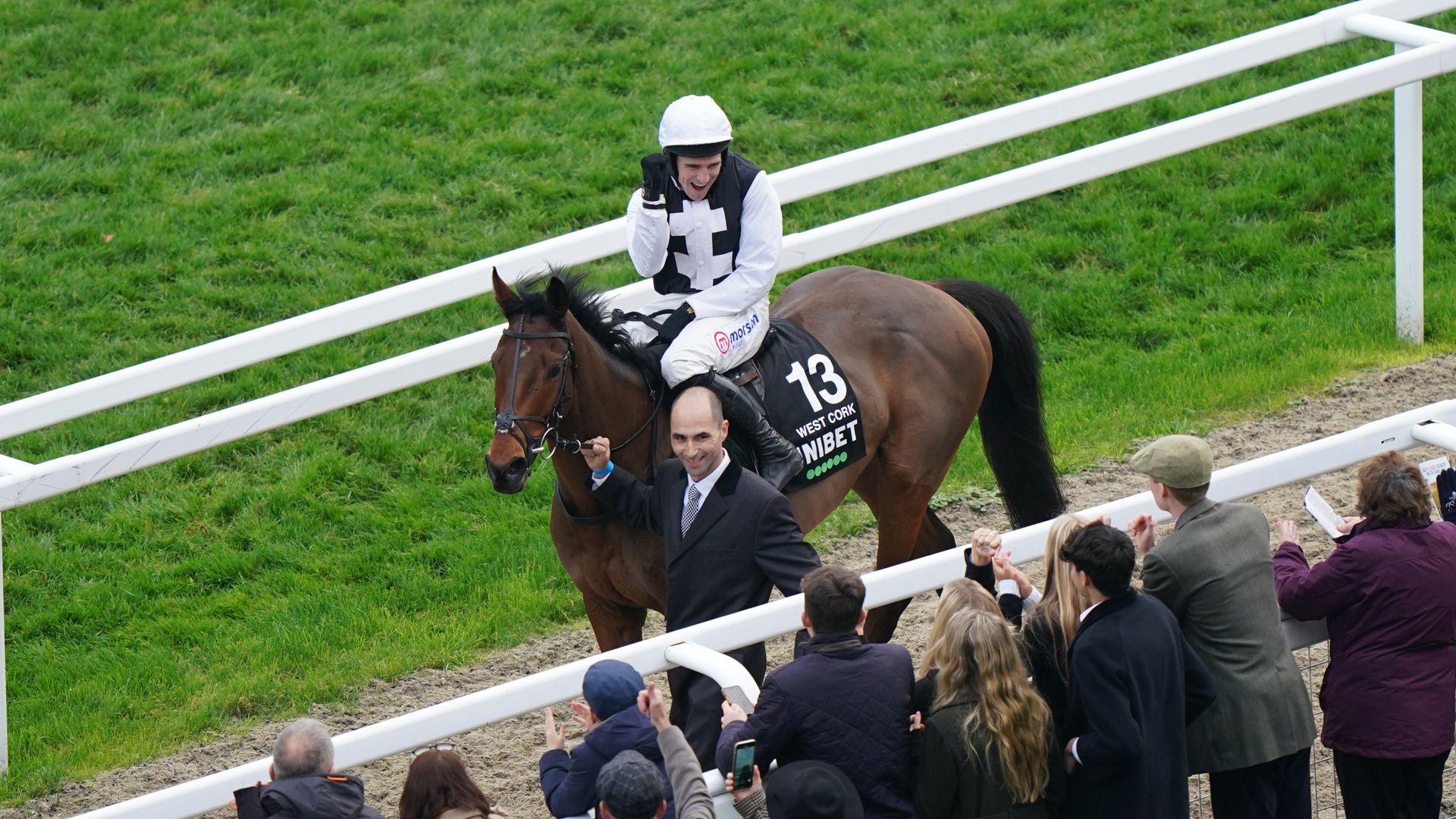 West Cork shrugged off a 631-day absence to fend off top-weight Adagio and land the Unibet Greatwood Hurdle at Cheltenham.

Trained by Dan Skelton and ridden by his champion jockey brother Harry, West Cork had to dig deep in the Grade Three feature – but the 11-1 winner had enough in hand to take the £56,270 first prize.

No Ordinary Joe pulled his way to the front going past the winning post for the first time and he was still there as the field turned for home, although there appeared to be plenty in behind with their races still to run.

West Cork was one of those travelling well and when Skelton asked him he moved up to take the lead jumping the last before setting sail for home.

However, Adagio was just hitting top gear under his welter burden of 11st 12lb and he made a fight of it, challenging between West Cork and the game No Ordinary Joe, but West Cork just held on.

The Skeltons were celebrating a second high-profile winner on the day after Nube Negra lifted the Shloer Chase.

But the brothers had suffered some notable reverses with Protektorat narrowly beaten in Saturday’s Paddy Power Gold Cup and leading chase hope My Drogo suffering a high-profile departure in a two-horse novice chase on Friday.

Skelton lost his whip on the way to victory, but still saluted the crowd as he passed the post.

He said: “At the last I gave him one smack and he gave the last a foot, I went to just pick it (whip) up and it caught the back of my knee, but he was always holding on. His ears were pricked and I knew I had a lot left in the tank.

“He’d been working very well at home, but I’m delighted. What a training performance.

“I’m a lucky boy to be riding for a fantastic team, led by a great leader in my brother.”

A jubilant Dan Skelton said: “That has to be my best ever hour on a racecourse.

“We only decided to bring this lad two or three weeks ago when we decided Nube Negra was running and we had nothing for the Greatwood.

“It was Harry who suggested this lad. He did a piece of work two weeks ago with Protektorat and then he did one last week with Nube Negra which was obviously a lot above 134. It was probably a hint running in a handicap after working with those two.

“I’m delighted for Mike Newbould. He’d been in racing 40 years and hadn’t had a Cheltenham winner, now he’s had two big ones at the November meeting and that is what it is all about, dreams.

“It’s just brilliant, that was one of the biggest thrills I’ve had on a racecourse, especially after Nube. You think you are due a come down – to stay up there an extra half an hour is magic.

“We’ll worry about what’s next when it comes to it. I’m just delighted.”