A low-pressure area has formed and lays over southern parts of Thailand and the areas in its vicinity, says the Department of Meteorology.

It is likely to concentrate into a depression by 02 December over southeast and adjoining east-central Bay of Bengal.

During the subsequent 24 hours, it will intensify into a cyclonic storm.

The system is likely to move northwestwards while further intensifying and reach north Andra Pradesh Odisha coast around 04 December.

The Meteorology Department advised the naval and fishing communities not to venture into the deep sea areas of south-east Bay of Bengal, south/north Andaman Sea areas during the next 72 hours.

Those who are out at the sea in this region are advised to return to coasts or move to safer locations without delay. 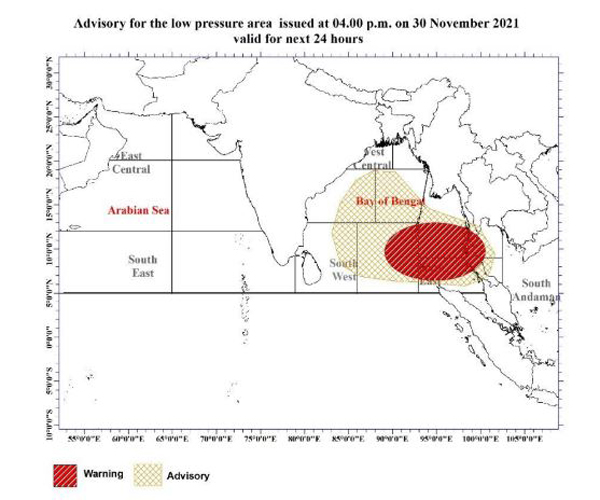