Hayleys Group Recreation Club (HGRC) led by Avishka Fernando were crowned as the “League” winners of the 28th Singer-MCA Premier League which came to conclusion with a glittering awards presentation held at the MCA Legends New Wing on Thursday.

Though the tournament had a pre-mature ending, Hayleys by virtue of being unbeaten led the table of points at the point when the tournament was stopped. The MCA Tournament Committee with the consent of the rest of the three teams, decided to award the league title to Hayleys.

Hayleys, playing only their third season in the MCA Premier League, won the T20 title under Avishka Fernando in the previous season. 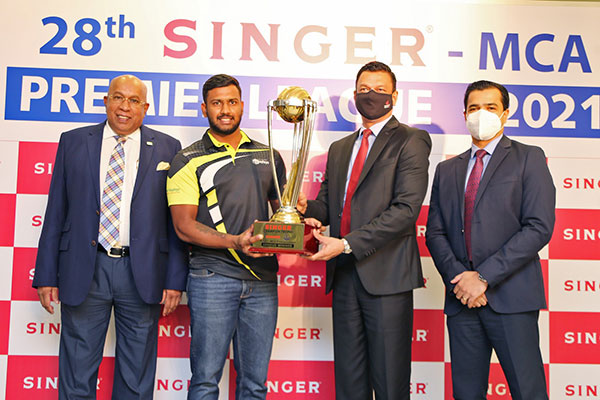 It was a memorable moment for Hayleys Group Chairman and CEO, Mohan Pandithage, Group Head HR, Dharshi Thalpahewa and the HGRC Officials – Jeramy Anandappa (President), Mohan Fernando (VP) and Ruchina Jayatillaka (Co Ordinator), who were present at the event.