In Test cricket, no Sri Lankan bowler has had such an early impact as those with the surname of Mendis, not even the great Muttiah Muralitharan or his partner in crime Chaminda Vaas. First it was Ajantha Mendis and now it is Ramesh Mendis. These are very early days for this Dharmashoka lad but he could go onto become a prominent Test cricketer as he showcased with a match bag of 11 wickets yesterday as Sri Lanka completed a 164 run rout of West Indies in Galle.

Playing just his fourth Test match, Mendis complemented his career best figures of six for 70 in the first innings by claiming five for 66 in the second essay to finish with a match bag of 11 wickets. Ambalangoda is the home for many prominent Sri Lankans like CWW Kannangara, General Sarath Fonseka, Mahinda Deshapriya and Mendis could be the next big name from the coastal town popular for biling achcharu, ambul thiyal, masks and cinnamon. 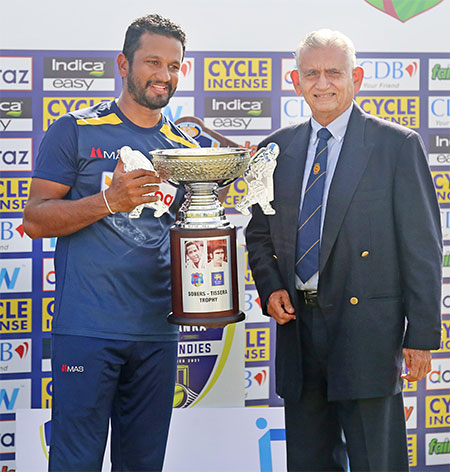 It was a fantastic display of spin bowling. Mendis kept bowling to an impeccable line and length playing the waiting game and then when wickets started falling, they were falling in clusters. 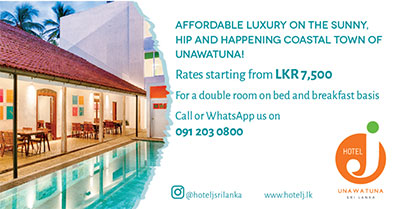 West Indies had done well to reach lunch at 65 for two and looked set to fight out a draw. But after lunch, Mendis broke the 27 run stand between Shape Hope and Nkrumah Bonner that had lasted for 48 minutes and soon found himself taking two more wickets in the same over as Roston Chase and Kyle Mayers were dismissed without troubling scorer Tushara Corray.

He had claimed 16 wickets in the two Tests and was named Player of the Series.

Lasith Embuldeniya, one year younger to Mendis and from Royal College, kept the pressure from the other end to also finish with a five wicket haul. He had started off by dismissing Jermaine Blackwood in the last over before lunch and then polished through the tail. It was his fifth five wicket haul in Test cricket.

West Indies collapse was quite dramatic as they lost eight wickets for 40 runs. None of their batsmen managed a half-century.

Former Ceylon captain Michael Tissera was present to hand the Sobers-Tissera Trophy.  Sri Lanka moved up to number seven in the ICC Rankings for teams in Test cricket while West Indies slipped down to number seven.

Sri Lanka also collected 24 points from the ICC World Test Championship. They had won the first Test by 187 runs. 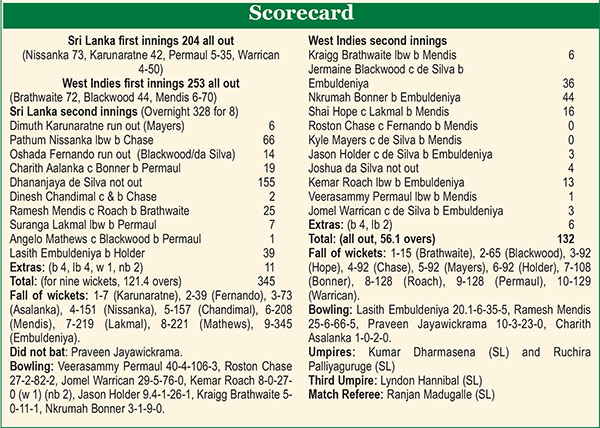