What spaces exist for students and staff of ethnic and religious minorities, within the university? Do students and staff in these groups have the liberty and security to openly identify themselves, claim their identities, be visible? Do either university structures and policies or the culture and attitudes within the university community, ensure a lack of discrimination, with the same rights, privileges and opportunities, for such persons to live, work, and study in an environment of acceptance, without hostility or marginalisation? I speak of the ethos of majoritarianism, located in a university of the south, which is predominantly the normative of education in the country. 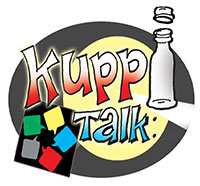 If I were to ask students, staff, or administrators how persons of ethnic and religious minorities are treated in the university, I suspect they would immediately point to the existence of cultural groups that have long been established in university culture. Most universities and faculties will have a Tamil Society, a Hindu Students’ Society, a Muslim Majlis, various Christian groupings, and so on. Each will organise various cultural festivals, such as carols for Christmas, Ifthar, etc. At first glance, there appears to be representation and accommodation of ethnic and religious minorities, and this is institutionalised within the university.

But this accommodation is superficial and tokenistic. Against the existence of these various groups, consider the Student Union itself, which formally represents the entire student body. Who do they actually represent? The Student Union in the Faculty of Arts organises Buddhist festivals, pinkamas, and all-night piriths at the beginning of the year, as well as inviting Buddhist monks for Poyas, like Vesak and Poson. The major event of the year for the Student Union is the Sahithya Ulela, for which the Union goes all out: portraits of the greats of Sinhala literature adorn the pillars of the Faculty, together with quotations from their works. The drama festival is a huge part of the Sahithya Ulela, during which hugely popular Sinhala plays are performed.

This is the way things have always been in the university’s framework of majority default and minority tolerance. There are religious and cultural student societies to represent and take care of non-Buddhist and non-Sinhala students, representing deviations from the norm, while the Student Union itself, regardless of its political/ideological tendency, firmly represents and centres Sinhala-Buddhist religious and cultural concerns instead of the diverse student body as a whole. The majority culture is dominant to the point where it is the ubiquitous default, and all minority positions are tokenised into tolerated representations. It is a system and space that privileges my ethnic background, where my presence goes unquestioned, unremarked upon and unmarked.

On the other hand, what discriminations, aggressions, and microaggressions do students and staff of ethnic and religious minorities face in and outside class? What could they tell us, if we could only assure them of the security to openly talk about such things without fear of retaliation? What is our role as academic staff, regardless of discipline, to initiate difficult conversations about inclusion, acceptance, to challenge the biases, prejudices, absences? What microaggressions, hostilities, subtle or overt othering do we as staff and administrators perpetrate? What is the culture that we create in university?

What of the class of Muslim students who were told that they can keep their cultural identity but should wear colourful abayas and hijabs, instead of the dark colours they preferred? What of the Muslim staff member who was requested to come and speak to these students, to present herself as a role model who chose to wear colourful shalwars while covering her head? Is it in any way relevant that these requests were made by a staff member clad in Kandyan sari? Of course, it is: the representation of Sinhala Buddhist culture as the university’s default makes its aesthetics and preferences the standard, which apparently Sinhala individual staff members feel empowered to enforce.

What of the Muslim women students who were stopped at the entrance of the university after the Easter bombings? The security guards told them to wear their hijabs in such a way as to show their ears. Is the university capable of recognising this harassment as harassment? Was this an officially-sanctioned policy that required the security guards to act this way? Or were they merely empowered to perform this harassment in that moment by the long-established practice of treating Sinhala culture, dress, and presentation as normal and default, with all marked minority cultures as suspicious deviations? Would the existence of the Muslim Majlis be sufficient to let these students agree with the common perspective that the university – by policy or practice – does not discriminate on the basis of religious/ethnic grounds? Could these students have gotten away with showing impatience, even a touch of hauteur (as I did when I produced my ID card for inspection) at the guards’ power to remark on their ethnicity, police their attire – in myriad small ways to let them know that their presence in the university space was under surveillance, at the majority’s sufferance?

It is not enough for the university to complacently point at tokenistic student groups as evidence of non-discrimination. Even the simple representation of diversity, at which the university is already failing, would still not be enough: including Tamil-language plays at the Sahithya Ulela and making sure to include the portraits of Tamil and Muslim writers as well is necessary, but far from sufficient. What we need is active anti-discrimination, in both word and deed, to identify these situations and contexts in which staff and students of religious and ethnic minorities in our universities are harassed, othered, and discriminated against every day, and to figure out ways to end those practices and prevent them from recurring, through policy, through education, and through our own efforts as the people who uphold and perpetuate university culture.

Nicola Perera is attached to the Department of English Language Teaching, University of Colombo.