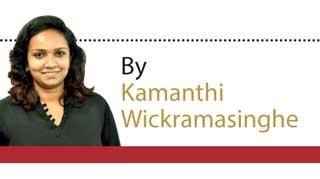 Sri Lanka’s fuel crisis has claimed the lives of 16 while people were waiting in queues to get their share of fuel. The queues continue to stretch despite fuel being issued at IOC filling stations. Even though the Minister made many promises when he assumed office, many promises weren’t delivered. For instance, even though the Minister assured of a token system, a day later the government announced that fuel wold only be issued to vehicles attached to essential services. Following the new decision, citizens demand from government to define what the essential services are because many have been unable to obtain fuel despite having essential service permits.

“As such, everything from electricity to public transport is an essential service for people”
– Ananda Palitha of Ceylon Petroleum Corporation National Employees Union

“Where’s the money paid for the ship?”
“The Government is repeatedly lying and to date there’s no mention about what the essential services are,” opined Ananda Palitha of the Ceylon Petroleum Corporation National Employees Union. “As far as I know there are around 5000 MT of diesel left and I wonder what could be done with this stock. Fuel is being received in keeping with orders and if we need 1000 litres then we need to place 200 orders and so on. Trains require around 200,000 litres of fuel and in the case of buses if there are around 8000 buses operating daily one requires at least 50 litres of fuel. As such, everything from electricity to public transport is an essential service for people,” opined Palitha.

When asked why there was a delay in the fuel shipment, Palitha said that the shipment was obtained through an unsolicited proposal, excluding tender procedures. “The People’s Bank issued a Letter of Credit summing up to US$ 4.5 million, but the foreign company rejected the LC and requested that payment be made in cash. Thereafter CEYPETCO deposited money to People’s Bank, but where is this money now? If we had the money we could have gotten down another ship,” said Palitha.

He further said that Octane 95 petrol is being stocked to be issued to politicians, their relatives and other VIPs. “There are limited stocks available at the Kolonnawa terminal and politicians send their people to collect fuel in barrels. So far we haven’t seen a vehicle of any politician waiting at a fuel queue. There’s no filling station at the Prime Minister’s house or at any ministry either. On the other hand they have a voucher with which they could obtain fuel. This voucher is also given to a minister’s private secretary, coordinating secretary etc.”

Palitha said that prior to June filling station owners were able to purchase fuel by issuing a cheque. “But now they get fuel only if they pay cash. If there’s a delay they have to pay a 4% cess tax. Lanka IOC chairman Manoj Gupta has said that a 90,000 metric tonnes of fuel will arrive by mid and end of July. The government has already created tensions between people, the Police and the Army and since the judiciary has not been made an essential service, people are further inconvenienced.”

Citizens express disappointment in government
In response to a query on how people in non-essential services are being affected by the recent decision, several social media users shared their views with us ;

“Exhausted thinking about the future”
“This is absurd and we are exhausted thinking about the future. There is no future for the students nor the educators because there is no way. It has reached a point where we have to try our best to survive through this or die. We are pressed by the government and it’s hiking inflation only to end with nothing. The country is coming up to a standstill which is so scary. There’s only light on the other side which has only one percentage of hope,” – Fathi Mushfika Nawzer

Several attempts to contact Power and Energy Minister Kanchana Wijesekera to inquire about the essential services, claims about the issuance of fuel to VIPs at the Kolonnawa terminal and when the next shipment would arrive proved futile.